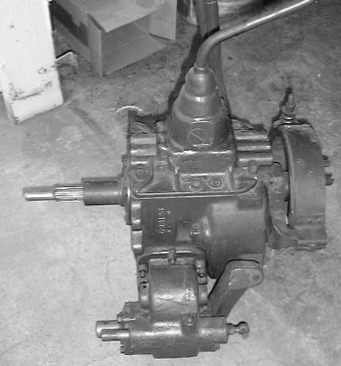 Used from late 1930's to 1947  this 4 speed  was call out in the parts book as  ( UP TO ) Transmission .  Came in a few different configurations  of top and cases  ,  different input spline  and  different bolt patterns with 1 or 2 PTO openings 9" long at the top. Non synchronized

Used from early 1940s to 1955  this 4 speed  was call out in the parts book as  ( After ) Transmission .  Came in a few different configurations  of top and cases  ,  different input spline  and  different bolt patterns with 1 or 2 PTO openings . 9-1/2" long at the top . Non synchronized 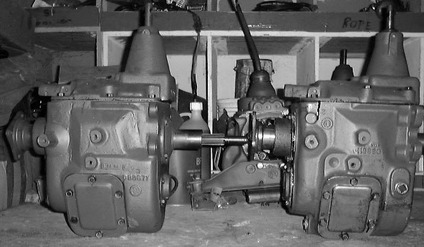 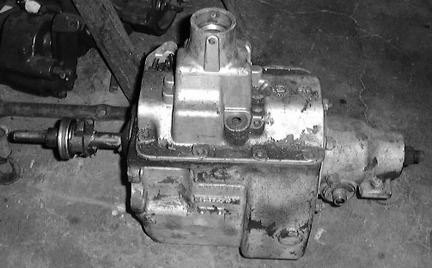 Used from  1964 to 1990  this 4 speed  was call
( np435 ) New Process Transmission .  Came in a  different configurations of top and cases  ,  different input spline, Output  and  different bolt patterns with 1 or 2 PTO openings and different gear ratios , synchronized in 2nd,3rd ,4st gear 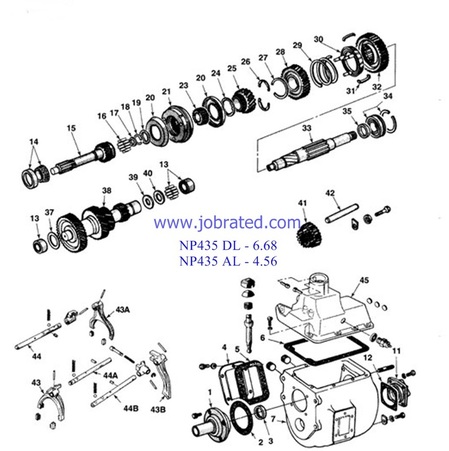 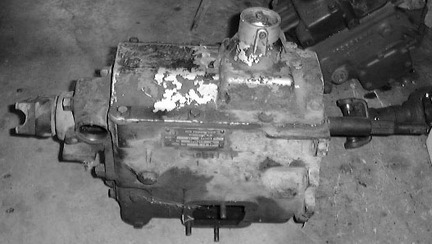 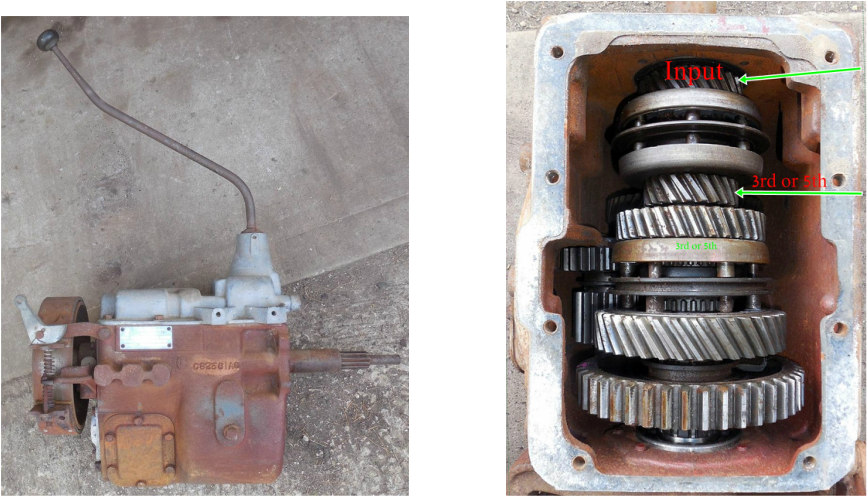 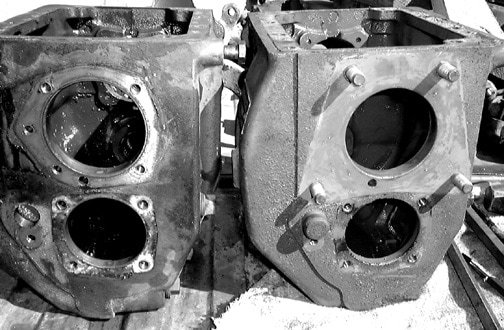 
The main problem with trying to use the original transmission with the 318/360 bellhousing is that the original bellhousing was much smaller than later ones. This results in the original PTO either hitting the modern bellhousing or the PTO's output shaft coming so close to it that there isn't room for the u-joint.
The ideal solution would be to use a more modern transmission that was used with the Dodge V8 engines. The problem with this approach is that these later gearboxes usually only had PTO's on the right hand side. There were a few NP435 boxes that were made with dual PTO's these were used on 1 ton and larger trucks (either 2 or 4 wheel) that had PTO wenches and other drive requirements such as dump beds that required two PTO's.
The NP435 was used from 1966 to the early 1980's. The later ones had long output shafts which can't be used for conversions because there is not enough room for the intermediate shaft. Unfortunately dual PTO's are much more common on these later boxes. Be aware that if the box you find doesn't already have a PTO it will cost you $550.00 for a new one from Chelsea!
One solution to this problem is to remove the long output shaft and install an early short one. This requires you to redrill the case for the early rear bearing retainer. Which can be done on a vertical mill or a good drillpress.
1. Strip the gearbox down to it's case. In the photo below the older case is on the left and the newer long output one is on  the right. 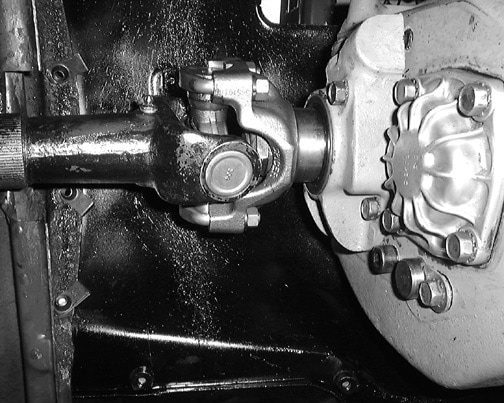 2. Install the output bearing in the case and use it to center the old style rear bearing retainer as. Make sure that the oil return galley in the retainer lines up with the hole in the case, and that the retainer is located properly in the rotational plain.
3. Next use a transfer punch of the proper size to centerpunch the location of the retainer holes. These can then be drilled out and taped 3/8"NC. Now install sockethead capscrews in the original retainer holes to plug them (if any are covered by the old style bearing retainer you will have to use sockethead setscrews and lock-tite).
4. Now reinstall the inner parts of the gearbox using an early short output shaft.
After the gearbox is back together you will have to find an output yoke that is made for the large PW U-joint and has a 35 tooth spline to fit the output shaft. This can be found on series 500 and larger trucks equipped with NP435 gearboxes. Or failing to find one in the wrecking yards you can buy a conversion yoke and bearing from Spicer (part# 357X) for aprox. $120.00. Pictured below is the Spicer 357X 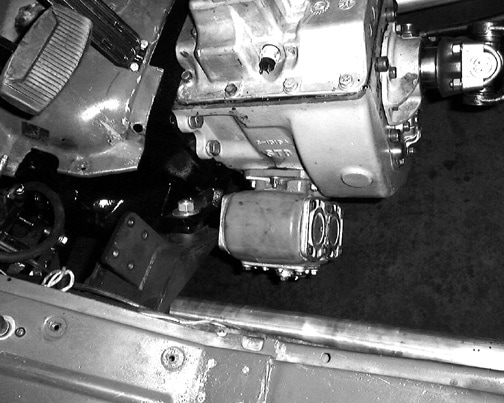 
PTO for NP435:
The NP435 Gearbox uses the 352 series Chelsea PTO. There are two gears that must be gotten with the PTO. An idler gear, which is the same for both the 668 ratio and the 456 ratio boxes and an idler drive gear for which you will have to specify the input ratio. If your gearbox has its metal ID tag you can determine the ratio as follows; if the tag says 435L it is a 668 ratio box, if it says 435A it is a 456 ratio.